Building a QR code micro-app with Python and AWS

Ever since the pandemic started, I've noticed QR codes creeping into my daily life. Venue check-ins, digital menus at restaurants, and online payments.

I thought it'd be fun to explore the technology a little bit, so I've built a micro web-app that lets you save messages and view them later using a QR code. Sort of a "Hello World" QR code project.

In this post, I'll be sharing how I built this using Python and AWS free tier.

You can try out the app itself here. The source code is also available on GitHub.

What is a QR Code?

We've all seen and used them before, but how does a QR code actually work? The first thing to understand is that it is an internationally standardized specification:

As long an image respects these standard, it is a "QR code" and can be understood by most smartphone cameras. The image itself also has a kind of anatomy: 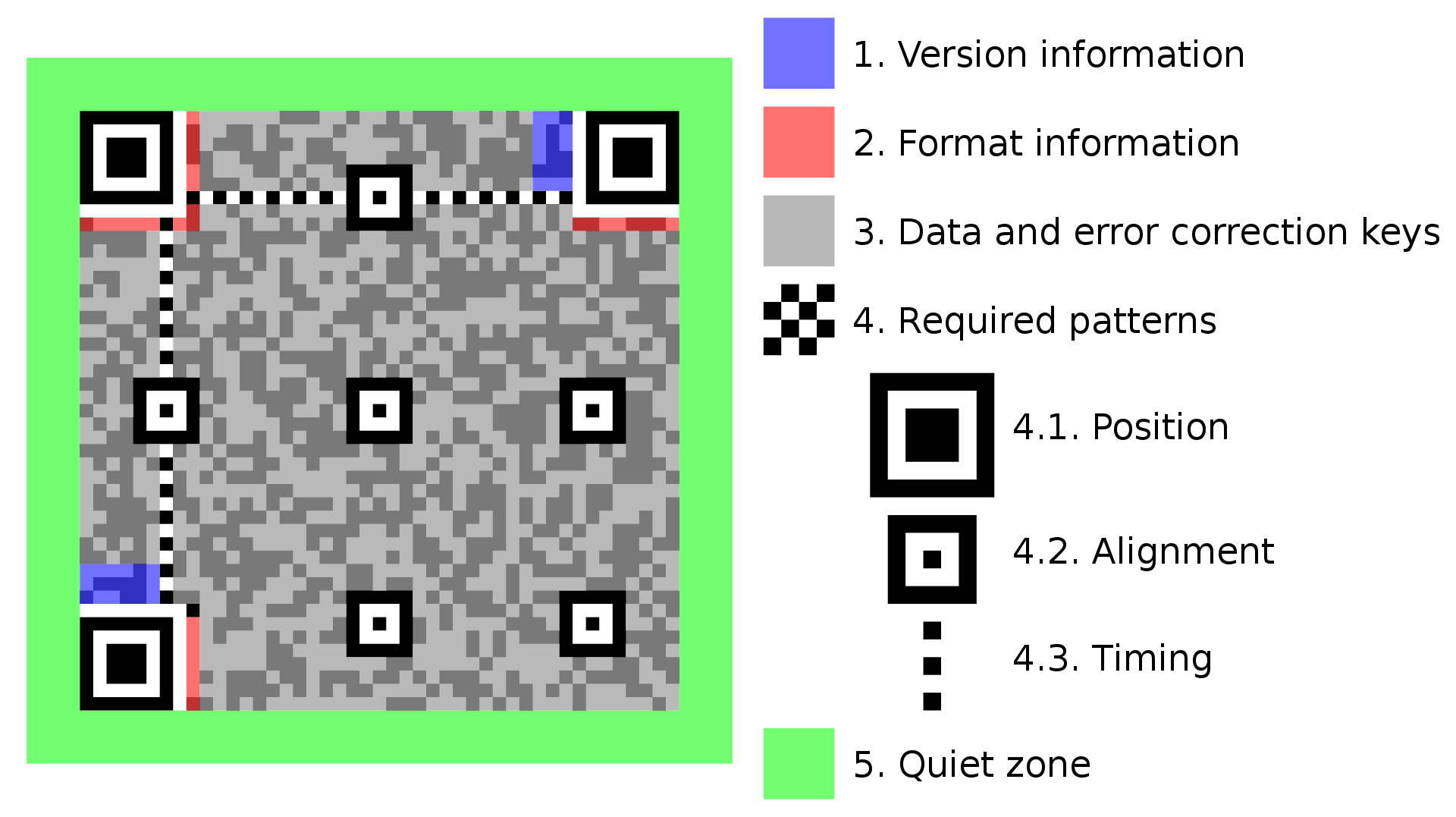 It is quite interesting, but ultimately these were the three things I cared about:

I want to make an app that lets me author some arbitrary content (in this case a short text message), have it persisted somewhere, and generate a QR code that loads the content when I scan it with the phone.

So after breaking these requirements into technical tasks, here is the strategy:

Most of the app's 'meaty' logic lives in the qr-code-infrastructure/compute/api folder, as a bunch of Python functions.

Generating a tag and a URL

When a user sends a message, it generates a random tag using uuid4 (which I truncated to 12 characters to keep it a bit shorter). A URL to view this message will then be used to create a QR code.

One of the things I really love about Python is how there's a library for everything. I just typed in "qr code" into PyPI and found this library, which took a minute to install and use.

Using the qrcode library, I create an image. It's a one-liner.

But now we need to save this image somewhere. Since this function is running on AWS Lambda, we can't just save it anywhere.

Each Lambda function receives 500MB of non-persistent disk space in its own /tmp directory.

This must be saved into /tmp folder on Lambda since that is the only folder that is writable (hence why we need to pass down a path).

Showing the QR image to the user

Now in our Lambda runtime we have a .png file at image_path. We need to find a way to get it to the user. We'll do this by storing the image somewhere permanent, and then generate a URL for that image.

Let's upload it to an S3 bucket.

I then create a pre-signed URL from the bucket so that I can tell the frontend where to load the QR code image from.

It expires in 3600 seconds, but that's fine because I don't need the image itself to be long lived.

This URL is sent back to the front-end for display. 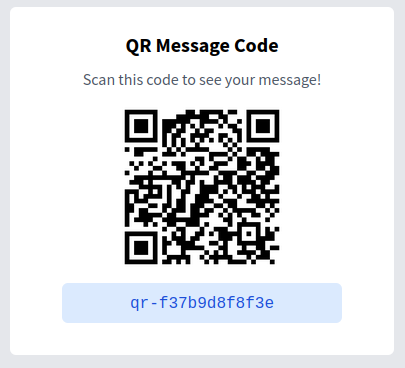 Persisting the tag and the message

Finally I need to write an entry into the DynamoDB table so that when a user scans a QR code, we can fetch the message later.

The only important thing to know about DynamoDB here is that it acts as a simple key-value store, and it is also serverless.

On the front-end, it's simple just a page for this URL we generated earlier https://qr.pixegami.com/view?tag={qr_tag} to look up the table value for the item with that tag.

I used a React useEffect hook, which lets me make an API call once the page loads.

I have another API on the back-end, which receives this tag and looks up the saved message. It then sends it back for the front-end to display. 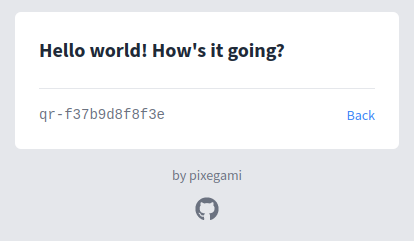 That's pretty much it! Now if I ever need to use QR codes as part of an application in the future I'll just dig this up 😅

And if you're keen to try this out yourself, feel free to check out the source. It's a small project so you can probably build it out in a few hours (or a few days, if you're new to AWS as well).